In July of 1999, Jerome Antonio B. Constantino, left a promising career in SGV&Co. to organize and head the E.F. Constantino & Co. (EFC - transformed business name) operations as its Managing Partner and continue his late father, Emilio F. Constantino’s lifelong professional devotion. He was joined by his sister, Liani Constantino-Viernes and spouse, Katherine O. Constantino, both Alumni of SGV&Co., as Partners. Another sister, Vida Constantino-Paras, a former manager at Andersen Consulting, joined as IT Director and further enhanced EFC’s versatility with her strong background in IT. Edwin F. Ramos and Annalyn Artuz, both alumni of SGV&Co, joined the Firm as Manager in 1999 and Senior Manager in 2000, respectively.

The personal involvement and commitment prevailed as the trademark of EFC under the leadership of the new Partners and Managers. The basic public accounting practice was complemented by the infusion of new skills, audit methodology, computer technology and know-how further strengthening EFC’s capability and improving its services. More clients engaged EFC for its professional expertise; this resulted for EFC to move its offices to 88 Corporate Center at the corner of Valero and Sedeno Streets, Salcedo Village, from a small office in National Life Building, Ayala Avenue, Makati City. The new location provided larger office accommodations to the increasing number of associates needed to efficiently service its growing number of clients.

In 2001, inspired by the success of this transition, the Partners of EFC seek new ways to further stimulate its professional strength, growth and diversification. New Partners were invited to join and merge with EFC; Roger Guadalquiver, as well as the Partners of Mendoza Querido & Associates (MQA), Emmanuel Mendoza and Richard Querido. Mr. Guadalquiver, formerly a Senior Partner at SGV&Co., with over 33 years of Public Practice experience, was appointed Chairman of the Firm. Annalyn Artuz, who joined EFC as Senior Manager, was admitted to the Partnership. In July 26, 2001, the Securities and Exchange Commission approved the change in the Firm's name, from E.F. Constantino & Co. to Constantino Guadalquiver Mendoza & Co. (CGM&Co.). With the growing number of Partners and staff, CGM&Co. transferred its office to the 15th Floor Citibank Tower, Salcedo Village, Makati City. 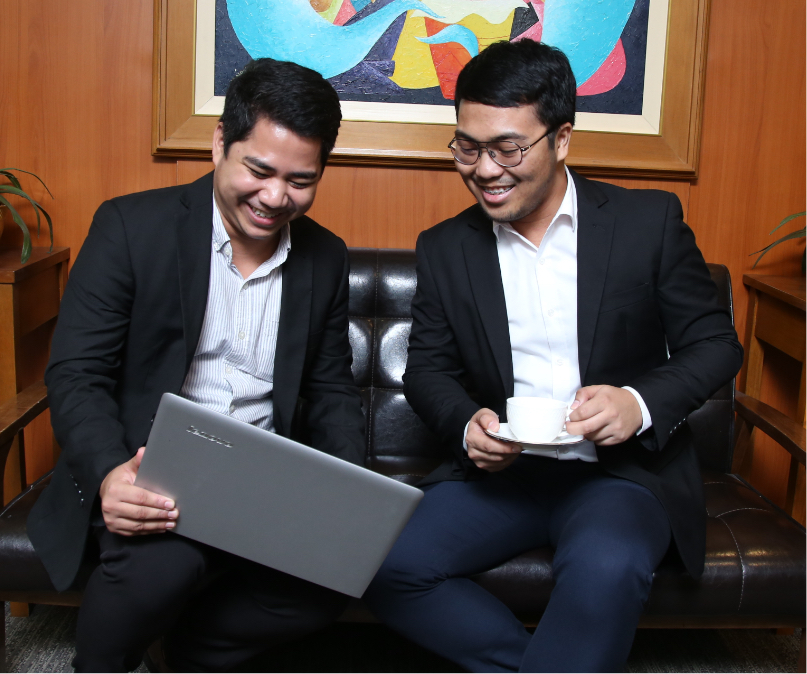 As in most progressive organizations, people move on and pursue other ventures in their careers; in 2003, Liani Constantino-Viernes decided to follow a profession in the banking industry and relocated to the United States to join a leading nationwide commercial bank, Likewise, the following year Emmanuel Mendoza and Richard Querido decided to seek a separate path from the Firm and continue their partnership in MQA.

In 2004, the SEC approved the change in Firm name of Constantino Guadalquiver Mendoza and Co. to Constantino Guadalquiver & Co (CG&Co.) with Roger M. Guadalquiver as the Chairman and CEO, Jerome Antonio B. Constantino as the Managing Partner and COO; Katherine O. Constantino and Annalyn Artuz as Partners; and Edwin Ramos was admitted to the Partnership. Together, with the vigor and support of CG&Co.’s Managers and Staff and their acquaintances in their profession, they all worked together to achieve the Firm’s mission to provide the business community with the highest possible standard of service in the field of public accounting through its commitment to professional excellence, ethical standards, integrity and social responsibility.

The trust and confidence among the Partners; their expertise, personal involvement and commitment; quality and value added service and support of CG&Co. Managers and Staff proved to be effective. CG&Co. expanded its list of clientele from local companies to multinational and listed companies. Through the years, the growth of CG&Co. and its clientele continued to increase at a rapid pace.

In 2005, CG&Co. proudly became an member of Baker Tilly network, one of the largest network of independent accountancy and business advisory firms worldwide.  A network which extends across 147 territories, with 33,600 people representing more than 960 offices. Through this international network, CG&Co. attained its worldwide representation. Our membership with Baker Tilly International enables CG&Co. to call upon member firms around the world and avail of local expertise in any overseas marketplace. The client’s lead partner oversees all assignments, coordinates any work done internationally and ensures that everything meets the highest standards and remains within budget and deadlines. 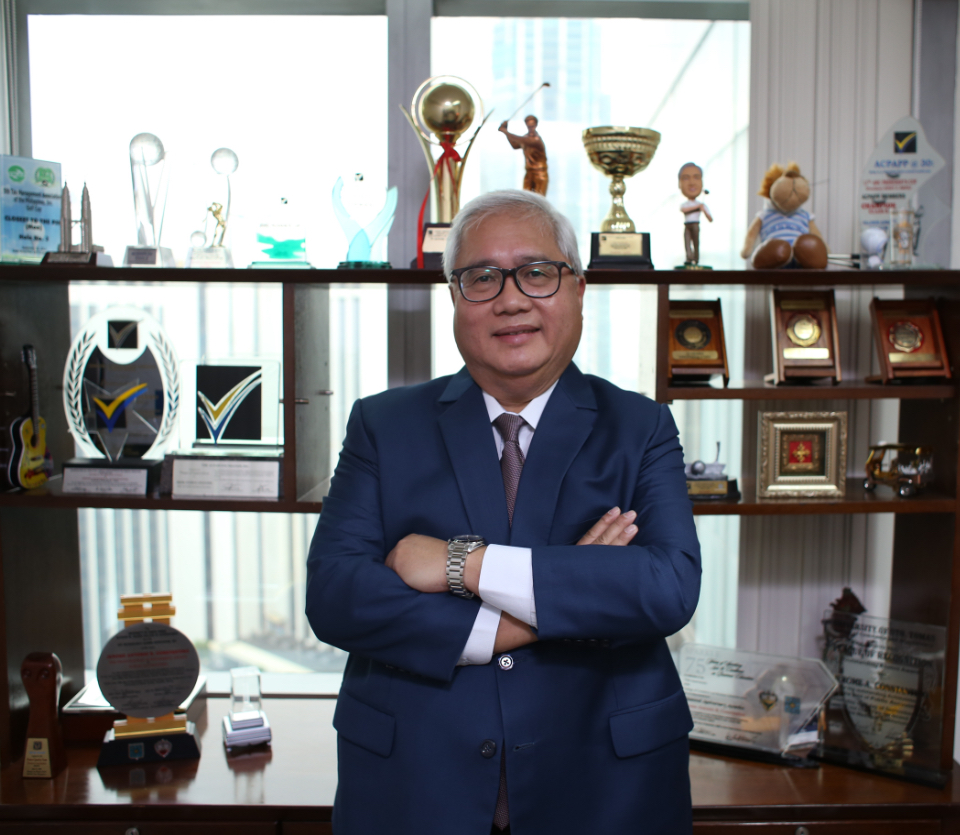 Birth of the Tax Group

In 2008, CG&Co.’s Tax Group expanded with the growth of its tax services; organized with Atty. Casey Barleta as the Tax Group Head and Senior Consultant.  The CG&Co.’s Tax Group consists of experienced lawyers and CPA’s in tax practice. Effective September 1, 2016, Atty. Cris Oronea was appointed as Tax Principal and head of the Firm's Tax Group.

Also in 2008, as a result of the growing number of clients and associates, CG&Co.’s established its extension office at the Adamson Center, L.P. Leviste St., Salcedo Village, Makati City.

Starting December 3, 2018, Baker Tilly International launched its new brand and visual identity across its networks. Major changes include a common trading name - Baker Tilly - across 147 territories, a new logo, and a new purpose and tagline - Now, for Tomorrow!

All the Partners and Principals of C&P branched out and gained repute in their respective fields of expertise. With the combined skills and proficiency of the leaders of C&P., they all face forward a brilliant professional future through the objectives of providing continuing specialized training and education for its associates and staff, a more diverse array of services to clients, improved efficiency in the delivery of their services. 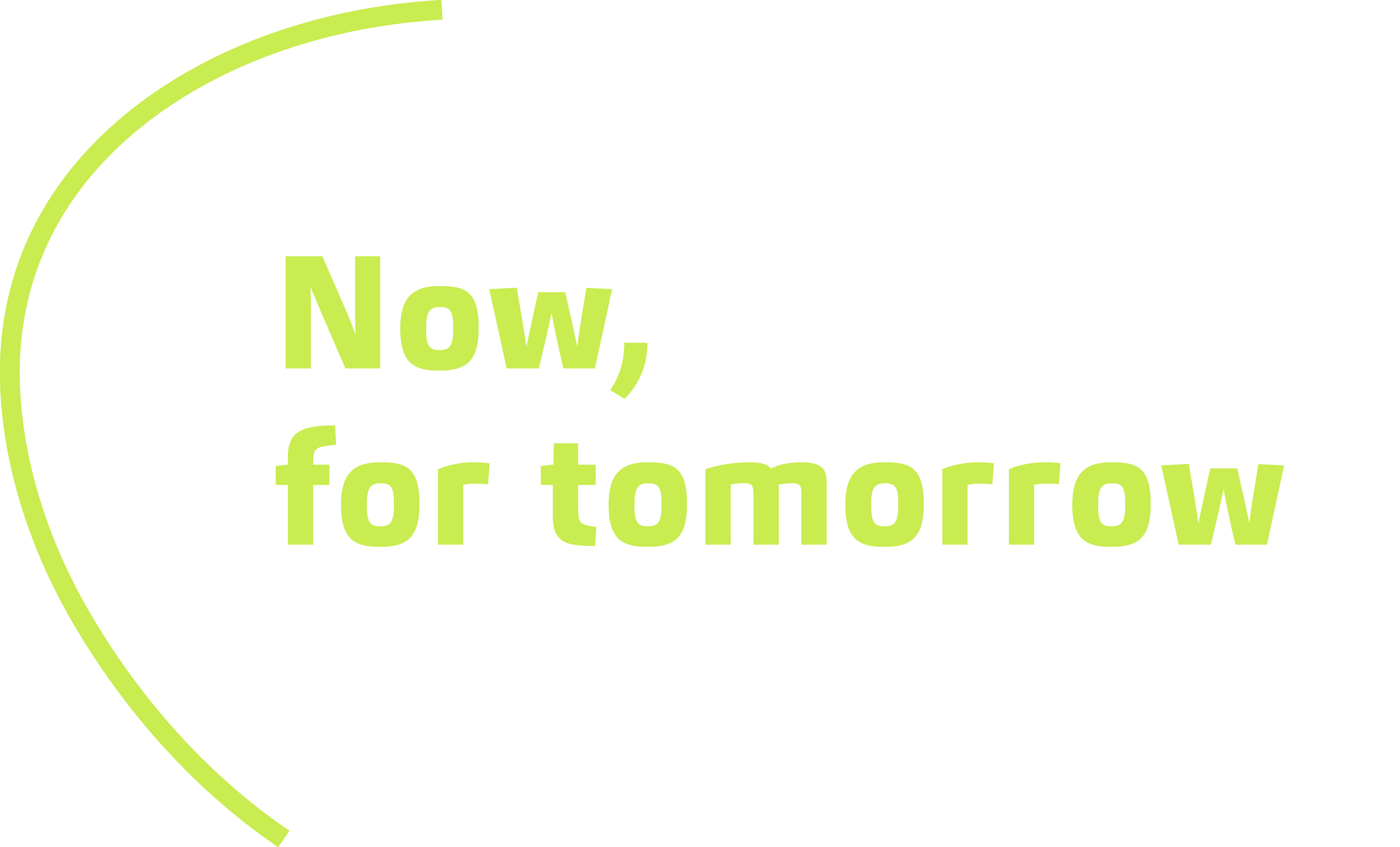 Please confirm you agree to the use of cookies.